God is Sufficient: He Has to Be 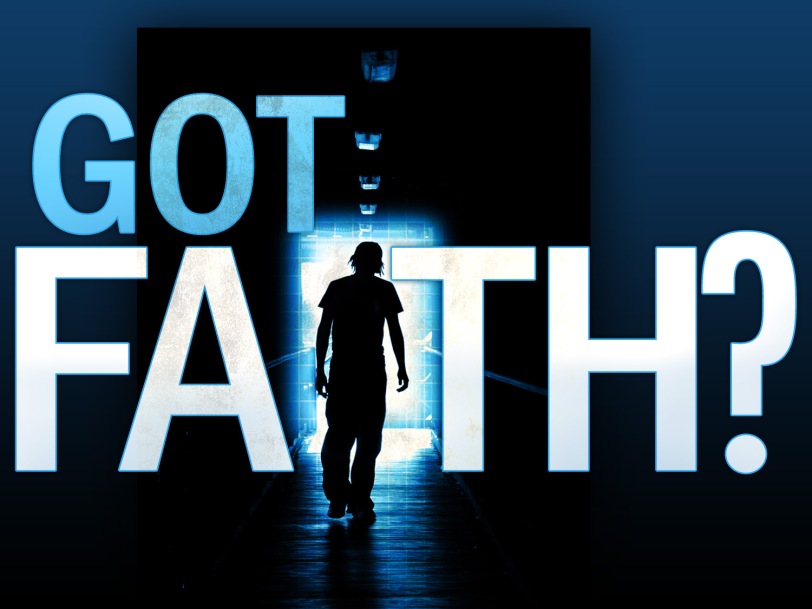 Now faith is the assurance of things hoped for, the conviction of things not seen.

Paul was a simple man, really.  He preached (or at least wrote) primarily on faith; faith in the crucified yet risen Christ Jesus. Two of his favorite references were Genesis  12:4 & 15:6 and Habakkuk 2: 4.  Being the initial and by far the greatest Christian commentator on the Old Testament, Paul wrote and presumably preached volumes from those few verses.

So… The question remains: Got Faith?

I don’t know who, exactly, I am asking this question? I am I asking you, the reader?  Or, am I asking myself this question?  Obviously, it is an important question and topic otherwise Paul and therefore a great part of our New Testament speaks to this subject.  Right now, however, right here… To whom am I writing?

The answer is, of course, myself.  There’s no need to burden readers with the details, but I have been having an extremely trying year.  By that, I don’t mean merely this first half of 2014 but also the latter half of 2013.  I’m not whining, just stating a fact.  Life as I knew it has been yanked from under my feet and I’ve been sent sprawling.  It has been and continues to be a trying time and my faith has been challenged  throughout.  In fact, there have been numerous times during this time in which I could honestly answer this question in the negative. Life has seemed to be hopeless and devoid of meaning or purpose.  Many times I have asked my self what is the purpose of serving or placing my hope and faith in a silent and unjust God, if He even exists. I am not proud to admit such feelings but it’s the truth.

But there have been more times in which I have felt an inexplicable peace.  It has been akin to leaping out of an airplane  without a parachute  and knowing one will land safely even as one is plummeting earthward at breath-taking velocity. There is no conceivable outcome from which one walks away and yet there is a peace that supercedes all understanding. That’s faith. In the absence of some form of sociopathy it is possible only in the presence and the power of the Holy Spirit.  Ergo, God is. And because God is, there is always hope even as one doesn’t even know for what to hope. All one may do sometimes is to not concern one’s self with the for what one is hoping and rather to concern one’s self in Whom one is hoping.  That is enough.  It has to be. If this is true for me right now, it is true for you no matter what your struggle is.

May you be blessed and a blessing in the name of our Lord Jesus Christ.